When was the last time you saw an Ebenezer? “A what?” you may ask. It’s a rather old word about which we hear quite little. It does appear in the Old Testament in the book of 1 Samuel. On two occasions the word is used and we read of Samuel setting up an Ebenezer between Mizapah and Jeshanah, after God helped the Israelites and kept them safe from the Philistines. Quite literally, eben means “rock,” and ezer means “helper.” This is a rock that reminds the people that God is our helper. It also lets us know that Ebenezer Scrooge’s name was an oxymoron.

Over time the people of God marked their journey with an Ebenezer. This rock became a continual reminder that “thus far the Lord has helped us.” Every time they saw the rock, generation after generation would recount the way in which God had helped in a particular circumstance.

Throughout the years, it appears that there may have been more than one Ebenezer. Whether God had led the people out of Egypt, across the Jordan river, or helped to defeat the Philistines, a rock was set up as a reminder to God’s faithfulness. This rock was placed in a conspicuous location so that it wouldn’t be missed by God’s people.

Let’s fast-forward a few millennia to the time of John Wesley, where the physical rock, or Ebenezer, seems to have been replaced by testimony. The early Methodist societies encouraged its members to regularly speak a word of testimony, a verbal reminder that “thus far the Lord has helped us.” Weekly they would gather for a time of accountability and witness to the work of God in their lives. They spoke these to one another, and to anyone else who might be willing to hear the story of God at work in their lives. They engaged in an age-old practice, that of storytelling. It’s something that God’s people have done throughout history. 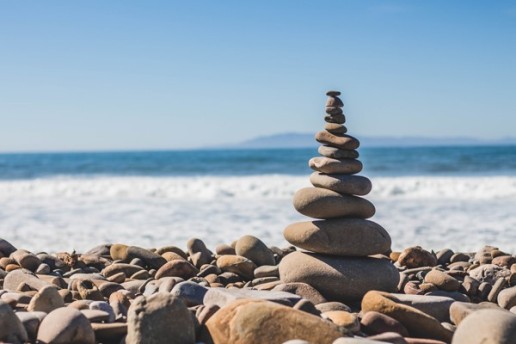 Whether it was Samuel or John Wesley, it was the leaders who helped the people raise their Ebenezer. Samuel was a sensitive servant who spent time in God’s holy presence, therefore he was able to effectively lead the people. Wesley subjected himself to the rigorous accountability of his own Methodist societies.

Leaders must always have their own testimony so they can point out the Ebenezers along the way. A nearness to Christ is necessary if we are to lead a people of God. Occasionally becoming vulnerable before our people and pointing to dependence upon God is not a bad thing. A good leader recognizes that they don’t have all the answers but he or she demonstrates reliance, glorifying God in the process.

While the old testimony service may no longer be in vogue, maybe we need to recapture the value of Ebenezer. Space needs to be created for testimony, so that individually and collectively we can recount God’s faithfulness. There should be no monuments to ourselves, but only to God who regularly helps us in this journey of life. God has brought us this far, we will go no further without the Lord leading us, and so, we must provide the opportunity for our people to raise their Ebenezer.

The promises of God were not just for one generation, but for all. We are all to become active participants in telling the story, and there should never be just one Ebenezer. The rocks of God’s help should line the pathway of our lives, and that of the church. For the generations to come, we should continually point to the rocks, telling of God’s help. The Ebenezers become our lifeblood to the future. If we can’t point back to a time that God was our helper, we may just die. It’s time to raise an Ebenezer.