Hello, readers, and greetings from the 2018 World Cup!  Our family has been saving and planning this vacation for five years now and we are ecstatic.  We have tickets to two games and are hoping to obtain tickets to a third while we are in Russia.  We arrived yesterday (June 25) in Moscow, and we are recovering from some jetlag before we attend our first game today (France v. Denmark)!

In the last month, some friends and acquaintances have asked why we would dedicate the time and money to go to Russia and attend the World Cup, especially if the United States did not qualify this time (I am still embarrassed about that to be honest!).  Others have wondered why I occasionally write about sports in this blog that normally is dedicated to missions, leadership, etc.  The futbol (soccer) fans who read this understand completely, so I do not need to persuade you all.  But to the others, here are the reasons the World Cup is so important to me, and why we have written about it in this blog for three straight cycles (2010, 2014, and 2018): 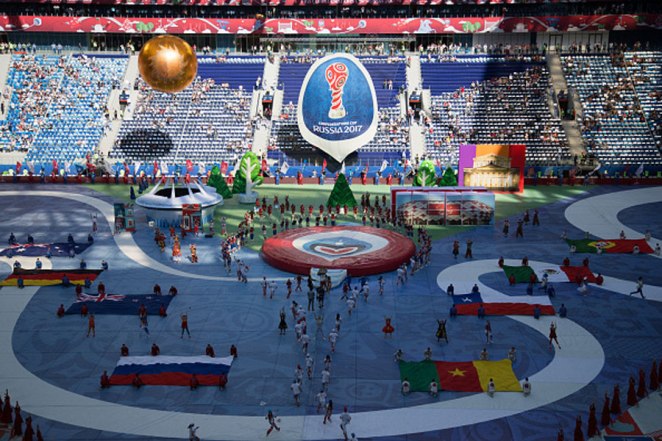 Those are just three of the many reasons that I write about sports and the World Cup in a blog that hopes to help Transform the Globe.  I could go on and on, but it is now time for me to head to the stadium – who knows what cool things we will experience there and in the next week!

I really admire people who have a true vocation for what they do! As the saying goes: “If you do what you love, you’ll never work a day in your life.” However, it’s important to understand that passion is not an accident, neither is it innate or the result of success.

For example, Picasso wasn’t born as a great painter. On the contrary, his genius was the product of several elements: his environment, the time that he was living in, and his will. The masterpieces he painted are much more than the result of the artist’s talent. Put Picasso in another time and Guernica would have never been painted. Even more, Picasso could only paint Guernica once and, no matter how much he tried, he could never perfectly duplicate such a painting again. The passion that was required to paint such a modern art masterpiece is the daughter of a moment and a story. It is hard to understand the passion which a picture is painted with if you don’t understand its underlying historic meaning.

If another artist were given the task of painting Guernica again, even with the same talent and tools that Picasso had, it would be impossible. Without the passion that emanates from a personal connection with the context and situation he lived in, no one would ever be able to produce the exact same result.

Something similar happens in our Christian life. God has given us tools to paint the picture of our relationship with him: prayer, reading of the Bible, fasting and the other spiritual disciplines. However, the routine uses of these tools in themselves cannot produce a masterpiece.

In order for our practice of spiritual disciplines to produce a painting worthy of a museum, we must start to grasp that our relationship with God is the product of Jesus’ sacrifice on the cross. Only when we allow the story of Calvary to affect our actions, will we begin to see passion born in us.  Then, God will take that passionate obedience and create a beautiful masterpiece from our life.

It saddens my heart to see us as children of God struggling every day to fulfill “obligations” of praying, reading the Bible, or going to church services.  When we see these as obligations, we become weary and discouraged. How different our relationship with God would be if our service to Him came from passion for Him and his call instead of a mere sense of obligation!

I invite you during Holy Week to return to Calvary.  Let the story of the cross fill you with passion and awe so that God can paint a masterpiece in you.

Not infrequently, people think the only way they can participate in to-the-ends-of-the-earth evangelism is by flying to another country. They are wrong. “Going” is just one avenue of world mission involvement. Indeed, those who leave home to become career missionaries need a cadre of consecrated and zealous supporters back home.

A few years ago, Steven Hawthorne wrote a chapter in Perspectives on the World Christian Movement about those who support the “Go-ers” (as he called missionaries).  Hawthorne, who grew up in a Nazarene parsonage, titled his chapter simply, “Senders.” He noted that the Apostle Paul may have been thinking of human Senders as well as God when he rhetorically asked: “How can they preach unless they are sent?” (Romans 10:15).

The Apostle John was certainly clear in his encouragement to people to become Senders for missionaries.The Amplified Bible renders verse 7 and part of verse 8 in III John as: “For these [traveling missionaries] went out for the sake of the Name [of Christ]. So we ought to support such people.”

How do Senders support and take care of missionaries? Well, the III John passage seems to refer to material support. The same is true of Paul’s words to the Romans about a planned trip to Spain (Romans 15:22-24). To be sure, money – lots of it – is needed in world evangelism. However, Senders can and must do more than give money. As one example, in almost every one of Paul’s letters, he requested prayer for his ministry from his Senders. 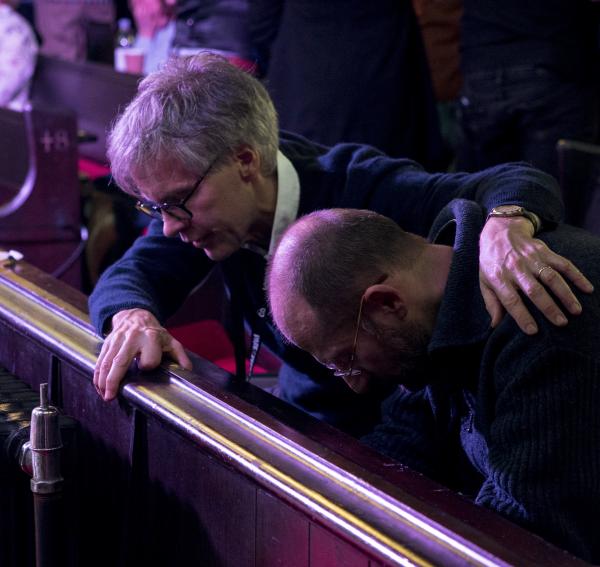 R.A. Torrey, the founding head of Moody Bible Institute, believed that. Torrey once wrote: “The man or woman at home who prays often has as much to do with the effectiveness of the missionary on the field, and consequently with the results of his or her labors, as the missionary.”

In addition to money and prayer, Senders contribute to Great Commission fulfillment in ways ranging from keeping missions bulletin boards updated to locating and shipping needed equipment and supplies. Indeed, a variety of gifts and talents can be used to facilitate the work of missionaries serving far away.

Here are half a dozen areas in which Senders can support missionaries:

— Financial support (giving and encouraging others to give).

— Intercessory prayer for world evangelism (praying and calling others to prayer).

— Logistics help (providing house and transportation for missionaries on home assignment, making arrangements for shipping things, ironing out details for events and more).

— Re-entry assistance (being a “safe” listener, helping returned missionaries find their way around, and more).

Senders have been known to be so passionate about supporting missionaries that they adjust their lifestyles to pray more, serve more and give more.

Be a Sender. Impact the “ends of the Earth” from your own doorstep.

This article was originally posted at: Engage Magazine

The following video was published several years ago but still communicates powerfully to our reality. Have you ever had a time when you felt like God was not present? Have you ever questioned if there is hope for our hurting and desperate human race? May your passion be like that of Sharon Irving who performs this spoken word masterpiece.  And may your answer also be “Here am I.”