“So he came to a town in Samaria called Sychar, near the plot of ground Jacob had given to his son Joseph. Jacob’s well was there, and Jesus, tired as he was from the journey, sat down by the well. It was about noon. When a Samaritan woman came to draw water, Jesus said to her, ‘Will you give me a drink?’ (His disciples had gone into the town to buy food.) The Samaritan woman said to him, ‘You are a Jew and I am a Samaritan woman. How can you ask me for a drink?’ (For Jews do not associate with Samaritans.)” (John 4:5-9)

Have you ever noticed how good Jesus is at putting himself into other people’s shoes?  In this passage, we see him doing it again.  Jesus is a Jew that is on his way to Galilee, and he decides to travel THROUGH Samaria, instead of going around it, like most other Jews of that time. Jews did everything possible to stay away from Samaria and Samaritans, and the Samaritans felt the same way about the Jews.  Jesus is no common Jew.  Jesus walked into Samaria and sat down in a very common meeting place for women. It’s as if he is inviting a conversation from somebody that was coming to draw water from the well.  And that’s exactly what happened.

The minute that Jesus stepped foot inside of Samaria’s borders, he became the outcast.  By no small coincidence, Jesus finds the Samaritan woman – an outcast in her own town.

I think this is a lesson that we all need to learn as early in life as possible.  Why is it that popularity is SO important to us when we are in Junior and Senior High? Why do we exclude people, just because they dress differently or talk differently or don’t run in the same social circles we do? Why can’t we try to put ourselves in other people’s situations?

How could you ever effectively minister to somebody that is excluded? In this scripture, we see that Jesus became the outcast in order to minister to the outcast – and it changed her life.  Could Jesus be calling you to find somebody that needs a friend? I think he’s at least calling us all to see the world as He does, and start including the excluded.  Maybe that means looking outside of your normal “clique” and involving some new faces. Maybe that means integrating your youth group, and making sure that Senior Highers know Junior Highers and vice versa.  Whatever the step is, start taking it now.  Change the world – one person at a time.

*This reflection is part of a series of devotionals written for youth by Scott and Emily Armstrong.

“The Samaritan woman said to him, ‘You are a Jew and I am a Samaritan woman. How can you ask me for a drink?’ (For Jews do not associate with Samaritans.)” John 4:9

The story of Jesus and the Samaritan woman is well-known.  There are so many lessons that we can take from this passage, but in this short scripture, the idea is to reflect on the preeminence of the love of Jesus over cultural barriers.

First of all, let us set the scene of this incident. Palestine is only 200 km from north to south, but in the time of Jesus it was divided into three parts.  Galilee was in the north, Judah in the south, and Samaria was in the middle.  At this stage in his ministry, Jesus wanted to transfer his operations to Galilee. To take the shortest route, he had to pass through Samaria, but a centuries-old feud between the Jews and the Samaritans complicated things.  For a Jew, the safer route was to cross the Jordan River, head north on the eastern edge, and then cross the Jordan River again into the high country of Galilee. The safer route took twice as long. Jesus chose the shorter route that cut through Samaria, possibly not only to gain time but also to fulfill part of his mission. 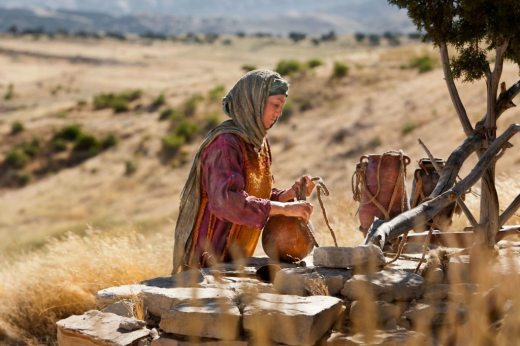 In this passage we see Jesus breaking down the cultural and racial barriers of the people of his time in several ways:

What cultural barriers do we need to tear down today?  What barriers have infiltrated and grown up in our churches?  When was the last time that you tried to cross a border to give a message of hope and love?

“Here was the Son of God, tired and weary and thirsty. Here was the holiest of men, listening with understanding to a sorry story. Here was Jesus breaking through the barriers of nationality and orthodox Jewish custom. Here is the beginning of the universality of the gospel; here is God so loving the world, not in theory, but in action.” William Barclay

*Claudia Cruz serves as the youth pastor in the Betania Church of the Nazarene in Ciudad Hidalgo, Oaxaca, Mexico. She is also the Global Mission Coordinator for the Mexico Field.