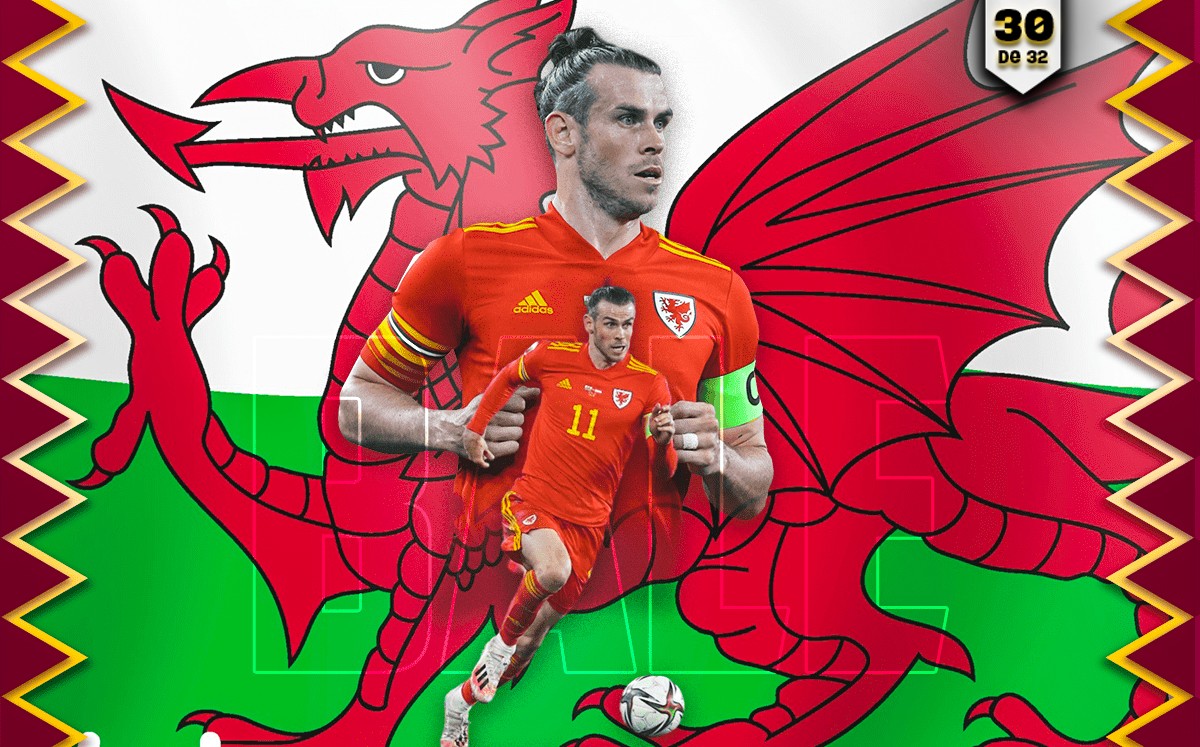 Wales’s history in the World Cup has continued this year after 64 years of absence. They reached the quarterfinals in the 1958 World Cup in Sweden with an own goal from the opposing team in the 34th minute. Wales secured their position in Qatar with a victory against Ukraine, with fans hoping Gareth Bale’s participation will usher in a “golden generation.” Wales stars in group B with Iran and England, and kickstarting the competition with a match against the United States on November 21.

Wales is a country with 3.1 million inhabitants, most of whom speak English, although the official Welsh language is second. Its emblem is a red dragon. The nation’s main festival is St. David’s Day, where people can experience concerts, parades, and all kinds of cultural exhibitions in typical Welsh attire. The Welsh also celebrate Christmas with old traditions where they decorate houses with Mistletoe and Yacebo, and set tables with a variety of dishes such as the popular Welsh Cockles, buttermilk pancakes and pork liver dumplings. The country has an astounding natural beauty and is also economically stable since they’re one of the globe’s leading auto-part manufacturers. Wales’s top attractions include structures and museums such as The Pontcysyllte Aqueduct, which is a waterway that was built in 1805 as a World Heritage Site; the Swansea Museum, where ancient Egyptian mummies are carefully preserved; and the St. Fagans National History Museum, where you can admire the ancient lives of the Welsh, and the magnificent Dan-yr-Ogof Caves.

In 1904, Wales experienced a revival of the Holy Spirit as God’s power was manifested through miracles of healing in the Church. The Welsh population is 57.6% Catholic, although other denominations and religions, such as the Presbyterian Church, the Baptist Church, the Methodist Church, Buddhism, Hinduism, and Islam are also present. However, 32.1% of the population professes no religion at all, and 7.6% state that they’re undeclared.

We thank God for the spiritual revival in this country, and we continue to pray that the faith of our brothers and sisters is strengthened so they may continue joyfully preaching the Word. We also pray that God would continue to call missionaries to take the gospel to the Welsh people who have not yet come to know the Lord.