Today (October 13, 2017) we celebrate the 109th Anniversary of the founding of the Church of the Nazarene.  Happy Birthday, Nazarenes!

Throughout this month we are also celebrating the 500th Anniversary of the Protestant Reformation, so we thought, “Why not combine the two celebrations today in one post?” 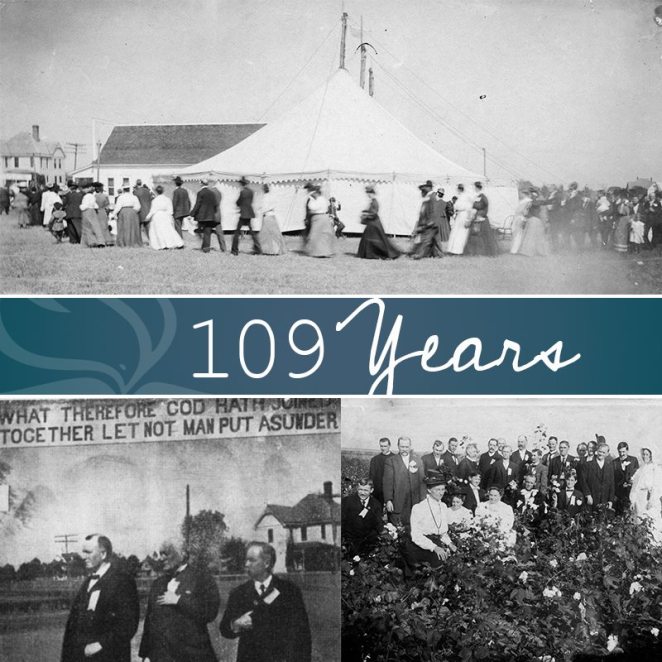 Rev. Klaus Arnold is a German Nazarene and Rector of European Nazarene College on the German/Swiss border.  He is also a friend and he and his wife were commissioned as Global missionaries in our denomination together with Emily and me in February 2007.  Arnold recently wrote an article in Holiness Today entitled “Growing up in Luther’s Shadow” in which he concluded by comparing Luther’s theology with Nazarenes’:

In Germany all Christians, including Nazarenes, have grown up in the large shadow of Martin Luther. Of course, there are key differences. Like Luther, we Nazarenes believe that baptism is a sacrament: a time when God’s grace is present in a special way. However, Luther was known to assert that baptism was the means by which God cleanses us from original sin, and this is not a teaching consistent with doctrinal statements of the Church of the Nazarene.

Another difference is in the doctrines of justification and sanctification. We believe (like Luther) that we are justified by grace alone through faith alone because of what God has done through the person and work of Jesus Christ. However, for Luther the change of relationship between a believer and God is only relative, but there is no real change in the believer.

He believed that a Christian is always “sinner and justified” as long as he/she lives. The Church of the Nazarene believes that while there is a relative change in justification, there is also a real change taking place: we become a new creation.

Sin does not need to reign over us, and we do not have to sin deliberately or consistently. With the infilling of God’s love through the Holy Spirit, our sinful nature is cleansed in entire sanctification.

God’s mission is the renewal of his creation. And part of that is transformation of believers into the image of God (Christlikeness). As we are filled with God’s love, we want to share that with the rest of creation and truly make a difference in our world and participate in God’s mission wherever we are! We affirm, with Luther, that our new life begins and continues by grace through faith in Jesus Christ.