By David A. Busic

John Wesley’s emphasis on ministry to the poor is well-documented. However, it is important to stress that Wesley believed working with and among the poor is not merely an act of compassion; it is a necessary aspect of the spiritual formation of every Christian. Thus, Wesley maintained that living with the poor is a work of mercy and a work of piety.

Wesley believed the gospel was good news to the poor. He made a practice of visiting the poor as a spiritual discipline, and encouraged—indeed, insisted—that his Methodists do the same. Even as an elderly man, Wesley risked his own health and well-being in the cold of winter, trudging through ankle-deep snow, to go publicly begging for funds on behalf of the suffering. Theodore Jennings suggests “[E]very aspect of Methodism was subjected to the criterion, how will this benefit the poor?” However, as Jennings points out, it was more than concern for the comfort of the poor that motivated Wesley; it was vitally important to him because he saw no other way to understand or identify with the poor than to be among them. For that reason, Wesley believed it was far better “to carry relief to the poor, than to send it,” because of the spiritual impact that it would have on the one bringing the help. 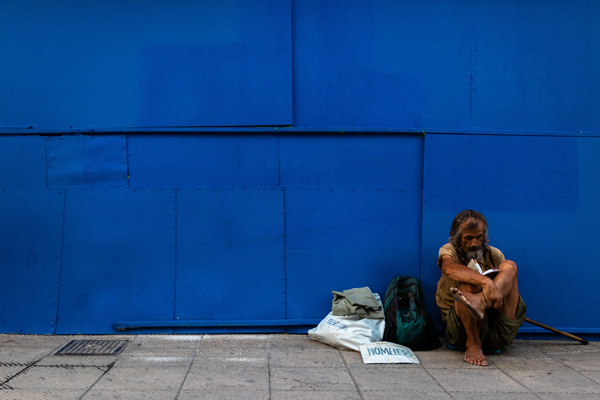 Thus, Wesley’s understanding of ministry to and with the marginalized poor, sick, and imprisoned was more than compassion; as a means of grace for the Christian, it is indispensable to Wesleyan spirituality. These acts of mercy become the ways by which God works to establish the character of holiness in God’s people and to give growth in grace toward the recovery of the divine image.

Emphasis on the poor as a means of grace began to wane after Wesley’s death and as American Methodism matured. The Methodists were no longer the newcomers or a marginalized sect. Methodists had become successful in business, banking, politics, education, etc. Methodist church buildings began to change to accommodate the newly acquired affluence. Pipe organs and stained glass windows were installed in Methodist sanctuaries, soon followed by the practice of pew rentals as a way to raise congregational funds to pay for elaborate facilities, which further segregated the more prestigious Methodist members from other church members. Even the teaching of the doctrine of entire sanctification began to diminish to make room for more progressive ethical concerns.

The changing atmosphere was noticed. Prominent Methodists began to speak out against the injustice. In an effort not to lose this vital connection with the poor, outspoken leaders like Phineas Bresee began to call for a recapturing of the original vision for the poor. Bresee left a distinguished ecclesiastical career to return to his passion of ministry to and with the poor. Nazarene church buildings and formal dress were intentionally less pretentious and more simplified so that the poor would feel welcome and comfortable. Bresee’s passion for the poor was felt so keenly that he wrote to the first Nazarenes, “The evidence of the presence of Jesus in our midst is that we bear the gospel, particularly to the poor.”

Compassionate acts that serve the poor and oppressed are an important part of engaging in Christ’s incarnational ministry and advancing the kingdom of God. Additionally, what God will accomplish in these interactions is a means of grace for every believer. Discipleship in Wesleyan-Holiness ecclesiology depends on the pursuit of Christlikeness and ministry to and with the marginalized.