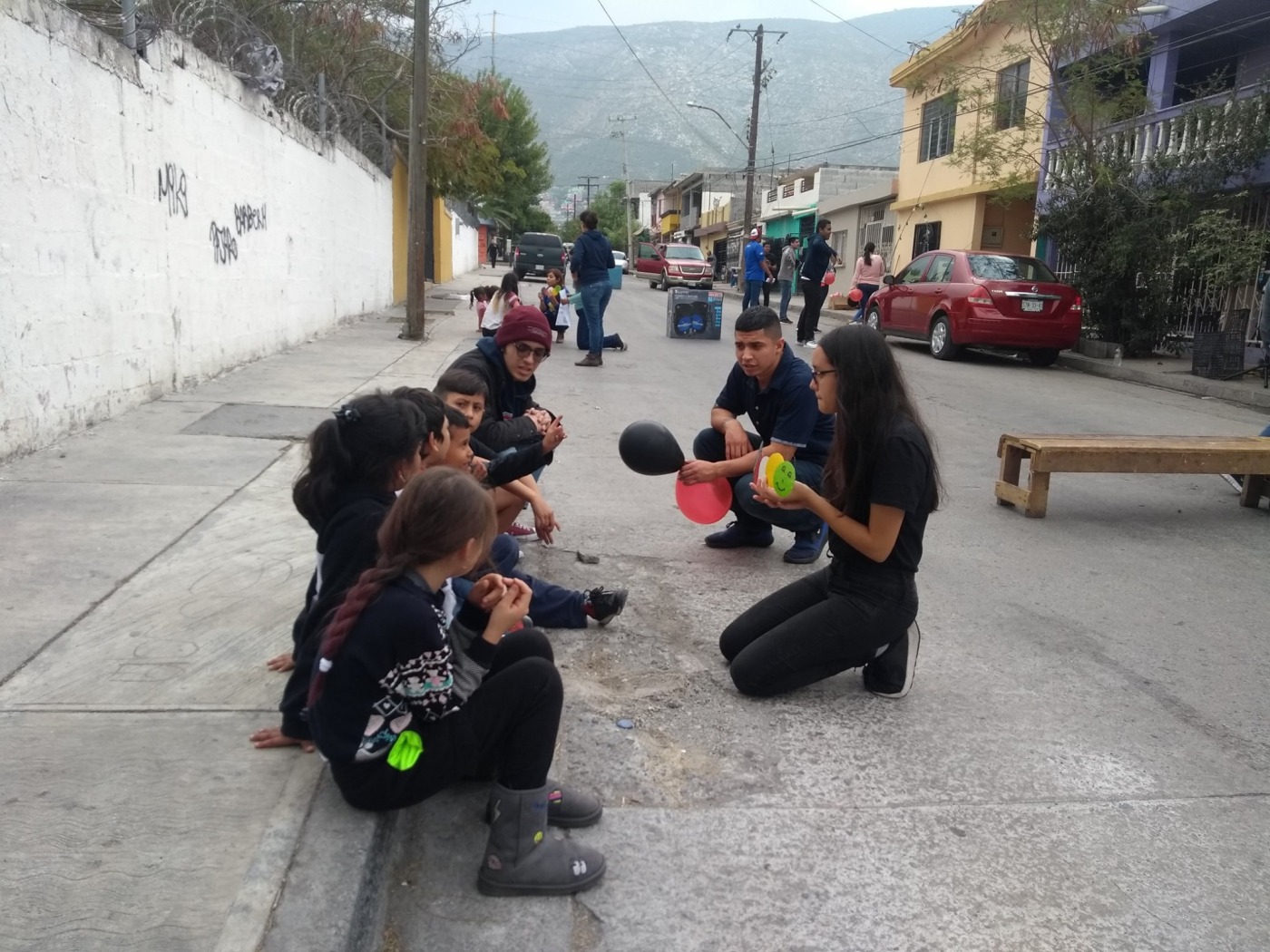 In our previous post, we reported on the 10th Anniversary of 4×4 All-Terrain in Monterrey, Mexico, a missions trip that ended January 1, 2020 and brought significant results.  In the following days we will publish various testimonies from several youth who participated, starting today with Valeria Rodríguez.

My name is Valeria Rodríguez Valdéz and I’m from Monterrey, Mexico.  I’m 14 years old, and it was two years ago that God confirmed my call to missions.

During 4×4, my team and I visited a very needy home and offered to clean it.  We met a young woman (Kelly), 19 years old, who cared for her grandmother (Cristina) that was bedridden: she couldn’t move or even speak.  Evidently, we were a huge support for them – they told us they did not know how to thank us.  What impacted me the most was the moment when we prayed for them.  We could not stop crying as we asked God to heal, protect, and give them strength in the days ahead.  We left there rejoicing, and we did the same thing the next three days.  Seven people ended up accepting Christ in their hearts.

When those three days were finished, we were encouraged, and we could answer the question: What type of people pay their way to go to an unknown place with people they’ve never met, so that they can clean houses? The answer: the type of people that don’t care about anything as much as they care about sharing the Word of God with others.

The very first time we walked the streets of Valle del Roble we realized how needy that neighborhood was.  We had the opportunity to pray for a teen on drugs, for some brothers who had consecrated themselves to death, for a married couple that had been using drugs, and for a father and his sons that had formed a prominent gang in that sector.  We also prayed for the daughter of a Christian woman who had been begging God to send someone to share hope with her daughter since she would not listen to her mom.  Her prayer was answered.  It was wonderful to know that we were the ones God had sent to fulfill that request.

What type of people pay their way to go to an unknown place with people they’ve never met, and offer to meet a stranger’s need? The type of youth that are attentive to the guiding of the Holy Spirit and are interested in those who don’t know the Lord.

After speaking with a police officer that had gone through some bad experiences with Christians, we decided to go house-to-house in that community and ask forgiveness for the bad experiences that they may have had with other Christians.  We realized that people started to react to us differently.  They were more interested in listening and sharing what had happened to them, and we saw a greater response there.  It was an extraordinary and surprising day.  We sensed the Holy Spirit guiding us.  I want to feel that guidance every day of my life.

What type of people pay their way to go to an unknown place with people they’ve never met, in order to ask forgiveness on behalf of hypocritical Christians that have come before? The type of Christians that love sinners as Christ loves them and are willing to humble themselves at any moment so that one person might be reconciled to God.

I want to invite the Church to give a good testimony.  Let’s begin with ourselves, and let’s evangelize right where we are.  Let’s allow the Spirit to guide us wherever we may go.  I exhort you to think of evangelism as a lifestyle.  Everyone without exception is called to share the good news.  It doesn’t matter if you’ve never done it before; when God speaks, we must obey.  His Spirit leads us and will give us the words.  Don’t miss a single evangelistic effort of your church anymore.  Be encouraged; God is with us!