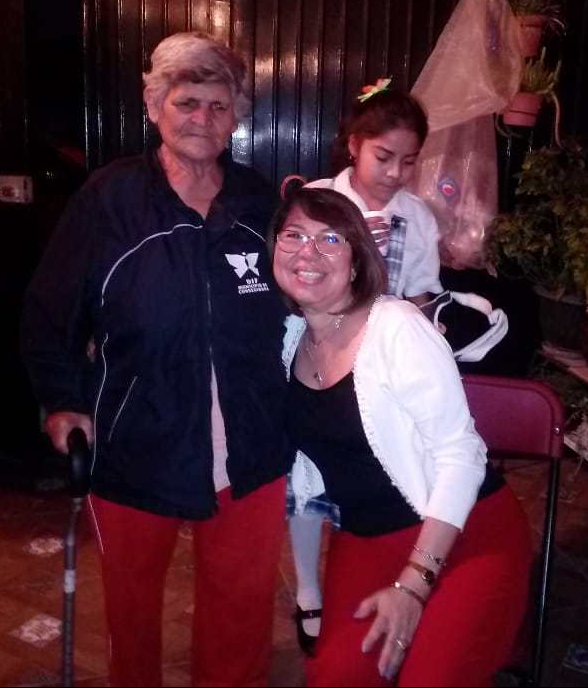 When we arrived as new missionaries to Los Olvera in Queretaro, Mexico, we walked around the community to see where we might serve.

We found a cultural center where senior citizens met twice a week, and so I made contact with the government-appointed person in charge. She introduced me to the group in their next meeting, and I told them I could help with free individual and family counseling.

That day, three people asked me for help. Among them was a lady I will call Dominga.  Dominga appeared to be about 80 years old. She had no teeth, walked with a cane, and seemed to be an arrogant, unpleasant person.  We were told she was the most difficult person in the community. She was rude with everyone, never said hello even when someone greeted her, and if she replied, she always reacted badly. When she spoke with me, she said, “I need to talk to someone because I have a lot of things inside me that I need to get out.” I was friendly with her and told her I would be pleased to help her. We set a time for me to visit her home.

Dominga lived in a very simple home in the midst of a lot of rocks and trash. Any visitors had to be willing to endure many mosquito bites.

Dominga had a lot of resentment in her heart from a lifetime of rejection, including from her own children. In her youth, Dominga had many partners, but never married. That was her reputation in the community. We began to visit her and invite her to our prayer meetings. During prayer meeting, she always argued, interrupted us, and left before the end. Despite everything she did, we never argued with her.

In the community meetings, like in our prayer meetings, we began to speak about the love of God, his forgiveness, and the benefits that they produce. In the beginning, it was difficult for Dominga to listen to us at all. She said, “Who am I to forgive? It’s not like I am God or something.” Knowing that God would create a change in Dominga, we patiently helped to clean up her house and to go with her to her medical appointments.

After months with Dominga, she accepted Jesus as her personal savior. During meetings, she didn’t interrupt anymore. On the contrary, she asked when we would meet again. She asked for prayer for her children, something she would never do before. She also began to be close friends with the lady who hosted our weekly meetings, even though they couldn’t stand one another before.

With all of this change, during one of the meetings at the cultural center she approached me and said, “Call over my son’s mother-in-law. I want to talk to her.” I wondered what in the world she was doing now. Was she going to fight with her or what? I asked her, “Are you sure?” “Yes, call her over,” she told me. I was concerned about what would happen, so I decided to meet with them in a private place.

To my surprise, Dominga humbly, lovingly asked for forgiveness for all the insulting things she had said in the past!

Dominga began to get along well with everyone. Now she greets people and participates in meetings without rejecting what she hears. God has completely transformed her!

How many Domingas are waiting for us in our communities?