There are always those within any institution that, after the institution has become outdated and ineffective, choose a different path. They work within the establishment and respect all of its levels of hierarchy and protocol. However, they steadily clash with the great monolith in order to jumpstart a movement. They are often criticized for their positions.

And so we find Joseph of Arimathea, a respected member of the Sanhedrin, offering to bury Jesus Christ, the very threat to the Jewish government.

On one occasion this Jesus had stood in the synagogue and read from the prophet: “The Spirit of the Lord is on me, because he has anointed me to proclaim good news to the poor. He has sent me to proclaim freedom for the prisoners and recovery of sight for the blind, to set the oppressed free, to proclaim the year of the Lord’s favor.” A lot of nodding heads that day, until the Proclaimer issued an audacious proclamation: “Today this Scripture is fulfilled in your hearing.” Joseph’s contemporaries went ballistic at that, and he was offended, too. But there was an almost-forgotten hope in Joseph that leapt up and took his breath away as well. 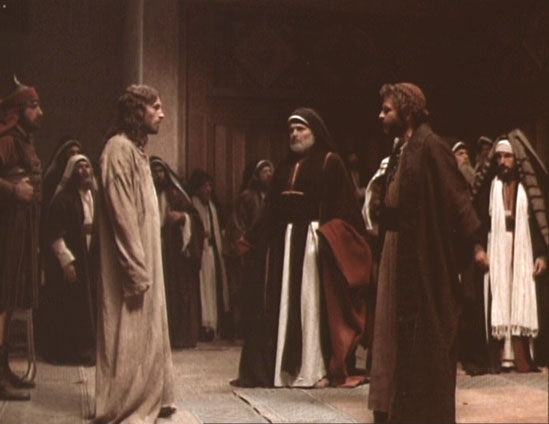 Even when Jesus was lambasting Joseph’s own leadership council, there was something about his words that rang true to Joseph. Could he be the Messiah?

Thus, in the chaos of all that was happening in Jerusalem, this same Joseph obeyed the stirring in his heart after the crucifixion of Jesus and went boldly to Pilate to ask for the body. It takes courage to go to a corrupt ruler like Pilate and make any request, but especially for the corpse of the man who had caused the whole city to riot. And yet, Joseph’s boldness was even greater due to the barrage of hatred he was to receive from his own religious Council. His reputation in tatters, his influence called into question, tradition tells us he was later imprisoned and beaten for his actions.

Even as he perhaps foresaw the sacrifice his own decision would entail, the sacrifice of the man he started to lower from the tree began to weigh heavily on him. Jesus’ bloody feet and hands blotched Joseph’s comfortable clothing. Tearfully he cleaned the wounds and honored the deceased by wrapping him carefully in new, linen cloth. As hard as he tried, the fabric still stuck to the wounds, and the crimson stains soaked through the pure linen.

The emotions of the moment overwhelmed Joseph.

He had wanted to honor Jesus, and yet, for the first time in his illustrious life, he truly felt honored.

He had come to help, and yet, he had been helped.

He had longed in his sorrow to know the Christ, but he also ended up being known by the man of sorrows.

And as he mournfully hurried to prepare the body for burial before the Sabbath, Joseph of Arimathea met Jesus of Nazareth for the first time.

There was no need for secrecy anymore. He who had removed Jesus from the cross decided to take up his own.