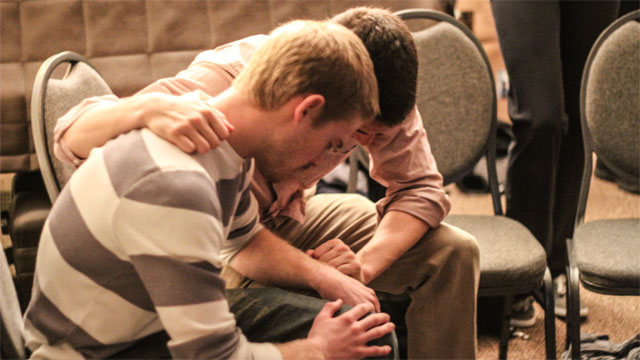 This is part two of the article published in the previous post.

There are 24 hours in a day, 168 hours in a week and approximately 720 hours in a month. Do we really think that sitting across from someone for 1-2 hours out of 168 and 4-8 hours out of 720 should be called effective accountability? No, it shouldn’t.

Accountability frequently just turns into a checklist of how you have or have not messed up. Real community is more intentional, and more natural. Have a group of friends that you’re living life with—who are much more to you than just a sin prevention mechanism.

I sat across from a friend who told me that he had looked at pornography after about 30 days of not looking at it. When I asked him why he did that, he said that he began to celebrate the victory and let his guard down.

I have more “roadblocks” today than ever before. I can say that I have no desire to look at pornography anymore, but I’m not going to test that knowledge by becoming lazy.

On a similar note, nothing good happens late at night. Staying up late when there is no reason to do so can lead to all kinds of garbage. Just go to bed.

If you are free from pornography, listen to me: you need to tell people.

I had a guy sit across from me bawling his eyes out while telling me he had never met anyone other than me who was free from addiction to pornography. It broke my heart, not because I thought that was true, but because even the free are being quiet. You hold hope for so many. Help them.

In my reﬂections on this, I’ve thought many times about Jesus’ work on earth. He lived, died and rose from the dead. I am free from the law of sin and death because of that. I am free.

I discovered that I fought and kicked and clawed and begged for what I possessed all along: Freedom. You have every tool you need to overcome this when you have Jesus. You just have to walk that freedom out, and let others help you along that path.

This article was originally posted at: https://relevantmagazine.com