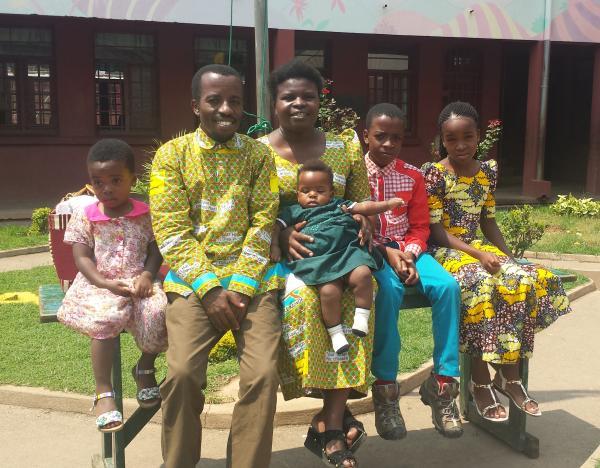 People today use the word “missionary” in at least four ways:

– As a description for all Christians;

– As a label for people doing any kind of ministry anywhere;

– As a specialized category for anyone with cross-cultural ministry experience, whether that be long-term or for only a few days;

— As a title for those specifically called and gifted for long-term cross-cultural ministry.

So, which option is better? And, is there a reason to prefer one option over another?

I favor the last option. To me, that usage fits best with how believers are described in Romans 12, Ephesians 4 and 1 Corinthians 12. Those three passages compare the Church to a living organism.  Like a flesh-and-blood body, Christ’s Church is composed of many different members, each of whom has an important role to play for the organism.

Noting that a body could not function if it were made up only of eyes or ears, Paul wrote that the Church will likewise be dysfunctional if all believers try to do the same job. In this regard, Paul asked some rhetorical questions: “Are all apostles? Are all prophets? Are all teachers?”  Paul obviously expected a “no” to those three questions asked in 1 Corinthians 12.

To be sure, the word “missionary” is not found in that passage. One reason is that “missionary” is rooted in Latin, a language that only came to be widely used years and years after New Testament times. Notwithstanding, Paul’s metaphor of a body is very relevant to how we use “missionary.” Beginning with Paul and Barnabas, the Church has recognized that God calls and equips specific people to give their lives crossing geographic, cultural, and language divides in order to foster church-planting movements, people such as Milly and Agnes Ibanda and their family (left), who recently were sent out from the church in the Democratic Republic of the Congo to serve in Madagascar. Those go-ers are the people for whom the word “missionary” was coined in the 1600s.

Broadening the meaning of “missionary” from its original usage is done with good intentions. However, I do not sense it has infused lukewarm believers with urgency and a sense of purpose. On the other hand, staying with the original narrow usage of “missionary” does aid the Church by:

– Reminding us of the need to be intentional about taking the church to “where it is not yet” (as opposed to having people to say, “We’re doing all God expects of us if we are ‘missionaries’ in our own neighborhoods”).

– Embracing the image of the church as a body made up of members with different functions, one of which is following a divine call to take the Gospel across cultural, language and geographic boundaries to “where the church is not yet.”

– Recognizing that God doesn’t expect everyone to pack their bags and grab an international flight. Some will be “go-ers.” Others will be their “senders.” That represents the meaning of the word “missionary” as it was originally coined.

Postscript: Reserving the title “missionary” for those doing a specific kind of ministry rather than applying it more broadly does not excuse any believer from being passionately involved through prayer, giving, mobilizing or going in BOTH near-neighbor outreach AND ends-of-the-earth evangelism.

This article was originally published at: Engage Magazine