The Church is Praying

Throughout the Mesoamerica region NMI is mobilizing the church in prayer, inside and outside the church building, the place is not important. God is blessing His church through prayer!

Seventy members from six different churches in the Veracruz Central Zone in the Mexico Gulf District gathered on Sept. 1 at the House of Prayer Mission for a special time of prayer.

They prayed for pastors and leaders in the zone, their district, the Mesoamerica Region, missionaries, Genesis Project participants, safety and their government. They also took time to anoint those who were ill.

The event happened as a result of an invitation from Nazarene Missions International (NMI) in the Veracruz Zone to the local churches to share a time of prayer and breakfast together. Since the space was small, they moved outside to an area that the locals call The Lakes, where they held the prayer meeting in the open air.

Each church brought an assigned dish. The full group closed the activity by eating together and sharing a time of fellowship.

“We thank God for the chance He gave us to hold this event that strengthened the bonds between brothers,” said Carlos G. Quijano, a Global NMI Council member who represents the Mesoamerica Region. 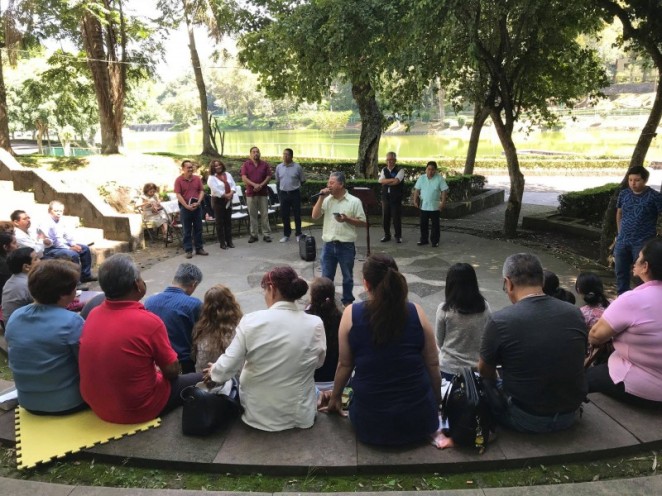 This article was originally published at: Church of the Nazarene Mesoamerica