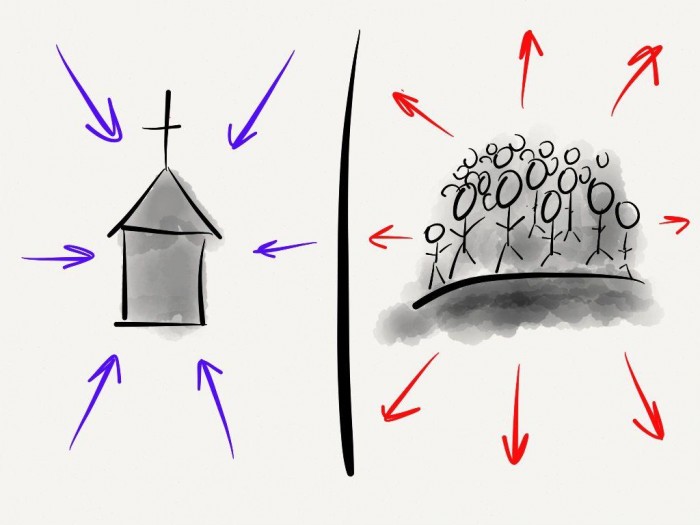 God’s mission involves sending. But what does God send His people to do?

I’m in a blog series covering the topic missional effectiveness. In the previous post, I started to explain the marks of God’s mission, beginning with the missional mark of community.

The Missional Mark of Sentness Explained and Exemplified

One of the active characteristics of God’s mission is the notion of sentness. God establishes this pattern early in redemptive history. He goes to Adam and Eve, sends Abraham to the Promised Land, Moses to Egypt, Jonah to the Ninevites, Israel to Babylon, Jesus to the world, the Spirit to the Church, and the Church to the nations.

Clearly, God’s mission involves sending. But what does God send His people to do? Taking into account passages such as Genesis 1–2, Genesis 12:1–3, Jeremiah 29:1–7, Matthew 5:13–16, and Jesus’ sentness, the missional community of God is sent in the world to do at least two things.

This point dives deeper into the community’s obedience to the word of God in all areas of life. While I don’t have space to look at all of the verses above, let me note Jeremiah 29:1–7 to explain this idea.

Some may wonder, why use this passage?

Wasn’t Israel taken into captivity because of their sin? Yes, Israel finds themselves in Babylon because of their sin. However, we read in Jeremiah 29:4, “Thus says the Lord of hosts, the God of Israel, to all the exiles whom I have sent into exile from Jerusalem to Babylon….”

So, God has intentionally sent them into Babylonian exile. And in the proceeding verses we learn why He sent them.

Israel’s faithfulness would display a life that revolved around the glory and life of God. Greg Forster identifies this aspect as the joy of God being displayed through the life of a believer. As a result, Forster writes,

In addition, Israel’s faithfulness would lead them to operate as the city of God within the city of man. I love what Tim Keller says to this point. He writes,

This leads me to my second point.

As God’s people demonstrated the life of God and lived as the city of God, they were to seek the blessing and flourishing of the city of man.Interestingly, God doesn’t tell them to assimilate, withdraw, or seek the total transformation of the Babylonian culture (the city of man); he simply tells them, in their faithfulness, to seek the prosperity and shalom (human flourishing) of the city and to pray for it to thrive.

Essentially, God sent Israel to Babylon for the sake of His glory and for the good of the city. Keller puts it this way,

As a reminder, the Babylonians were a polytheistic, pagan, ruthless, and violent people. In other words, they were dead in their trespasses and sins. Yet, God tells His people to live and pray towards their flourishing and peace. But what does that look like? Once again, without being exhaustive,

I believe people like Daniel, Shadrach, Meshach, and Abednego function as examples of what it means to live faithfully and bless the city.

First, they blessed the city spiritually by maintaining spiritual fidelity to God in the face of temptation.

In other words, they loved God with all their heart, soul, mind, and strength. All of these men faced the temptation to bow down to a cultural idol, yet they chose to be faithful to the supremacy of God. As a result, many people were convinced of the truth of YHWH.

God’s people cannot bless the city spiritually by living unfaithful lives. When our words and witness line up, we exhibit an alternative plausibility reality for which the world needs to see.

Second, they blessed the city socially by having a humble and gracious disposition towards those in authority and in the larger culture.

They did not complain, grumble, or react unkindly towards those whom either had spied them out or who had treated them unfairly. Another way to look at it is that they loved others. When we exhibit grace and mercy towards others, we once again put the city of God on display for the world to see.

Third, they blessed the city culturally by doing their job with integrity, excellence, and skill.

They worked vocationally as if they were working for the Lord. The king recognizes their faith, character, integrity, and skill and honors their God and gives them a promotion. As the people of God work in a manner that reflects the glory of God, they exhibit a work ethic that surpasses (or should surpass), the work ethic of the city of man.

By embedding themselves in the larger culture and living faithful lives for the glory of God, they inevitably bless the city in spiritual, social, and cultural ways. As a result of the presence of God’s people and their participation in the culture, the city was better off. This reminds me of the question which many church leaders and churches ask themselves: If they were to one day cease to exist, would their community take notice and miss them?

In sum, the missional mode of sentness speaks of the church (and individuals) having a missional posture. Thus, missional effectiveness requires churches to teach, train, and equip believers towards a faithful presence where planted so that they may be used as God’s temple to reflect His radiant glory in all areas of life as He works through them to bless others spiritually, socially, and culturally. 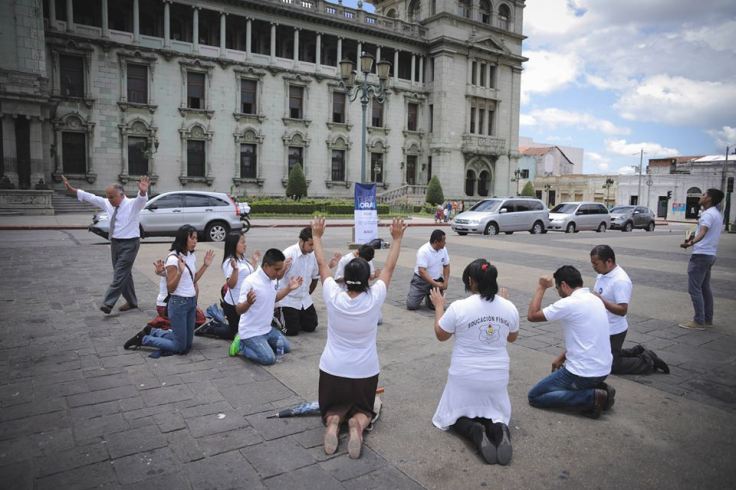 In the next post, I’ll talk about the missional mark of multiplication.

This article was originally posted at: http://www.christianitytoday.com/edstetzer/2017/january/towards-missional-effectiveness-mark-of-sentness-part-5.html