In this season of Lent, I have been reflecting on a haunting phrase: “at a distance.” Doesn’t seem too scary or even noteworthy, right? Why would I say it is haunting?

It was the night of Jesus’ betrayal, the night before he would be crucified. Feet have been washed, Passover has been served, and the soldiers have taken Jesus away from the garden. The disciples have fled – well, sort of. All three writers of the synoptic gospels make it a point to tell us that one of Jesus’ chosen three, the man whose preaching would convert 3,000 in a day and who would become the pillar of the early church, followed Jesus “at a distance” (Mt. 26:58; Mk. 14:54; Lk. 22:54).

We often lambaste Peter, especially when he denies his Lord and calls down curses on himself.  Thank goodness we are not like him, right?

On closer examination, during this season of Lent, we realize that our discipleship looks a lot like Maundy Thursday Peter.  Joan Chittister says, “We believe, yes, but often only remotely, only intellectually.  We follow Jesus, of course, but, if truth were known, more likely at arm’s length, at a nice, antiseptic distance.  Imperturbably.  Our commitment is not the kind of commitment that jeopardizes our jobs or our relationships or our social standings.”

If we are honest with ourselves, we love the part of following Jesus that deals with multitudes being fed and blind men receiving sight.  Even the creative sermons and lessons Jesus teaches inspire and challenge us.  But that self-denial part? Not as popular nowadays.

Could it be that we are profoundly terrified of suffering? Chittister maintains that “when we refuse to suffer, we refuse to grow…Suffering is a stepping-stone to maturity. It moves us beyond fantasy to facts.” 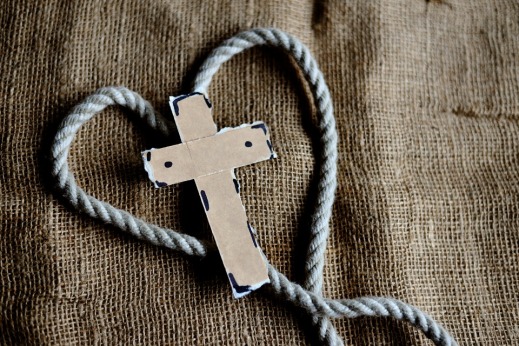 I don’t know about you, but I would many times rather take the shortcut to spiritual maturity instead of slogging painfully through trials and hurts. But that shortcut does not exist. And Lent reminds us of that. In this season we realize, along with Chittister, that we are ascetics. Thus, “we must be prepared to give up some things if we intend to get things that are even more important.”

With Jesus being interrogated, whipped, and nailed to a cross, Peter was still not ready to follow him there. The sacrifice was too great. The suffering too heinous.  It was better to follow Jesus at a distance.

Perhaps in these days being haunted by that phrase is not a bad thing. Perhaps we, too, will examine ourselves and choose growth instead of ease, intimacy instead of distance.